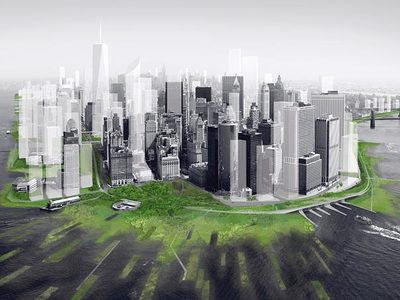 The impacts of climate change – more frequent flooding, extreme heat waves, longer droughts, shifting disease vectors – have drastic consequences for multiple governmental sectors and departments. Yet, climate change has predominately been framed as an environmental issue and early adaptation efforts were led by environmental departments. Recent research examining the quality of climate change adaptation plans at the national, regional, and local scales indicate that who is involved in preparing the plan has a critical influence on the level of public participation, coordination, and breadth of strategies.

Adaptation planning is an important tool for governments at all scales – national to local – to assess climate change impacts and establish adaptation priorities. In that last four years, I have analyzed more than 100 adaptation plans from different governmental scales.  In this research, I used content analysis to compare plans to established plan quality criteria. Plans are scored based on the percentage of criteria they include. High quality plans are defined as those that provide clear assessments of climate projections, determine vulnerability, define goals, outline adaptation policies, and provide guidance for implementation. Moreover, high quality plans engage multiple stakeholders and the public in the planning process.

In a preliminary evaluation of 38 national adaptation plans from across the globe – including China with a population of 1.3 billion and Vanuatu with under 300,000 people, Somalia with a GDP per capita of $549 and Australia with a GDP per capita of over $56,000, highly autocratic and highly democratic countries – the most important predictor of plan quality was whether a multi-departmental committee was engaged in the planning process. On average, plans written with the engagement of committees scored 16% higher.

Plans developed by committees had significant higher levels of public participation and coordination as shown in Figure 1. This difference is particularly important considering that a primary goal of national adaptation planning is to facilitate coordination of actors and provide a systematic approach to climate preparedness efforts. Coordination of actors from different sectors and scales is a persistent challenge for climate adaptation. Past studies critiqued national adaptation plans for their failure to engage multiple sectors and scales.

Plans developed by multi-departmental committees also tended to include a wider variety of adaptation strategies. For example, Albania’s plan, written by the Ministry of Environment, narrowly focuses on capacity building and the integration of adaptation into planning processes. While committees tended to include additional types of strategies. Developing a portfolio of different types of adaptation strategies such as education, physical infrastructure, and policy may help countries for the broad consequences of climate change.

Some cities are experimenting with placing climate change adaptation within a broader resilience framework. Using a broader frame is intended to help illuminate the interdependencies between climate change and other community issues and motivate broader action. 100 Resilient Cities, a $164 million initiative to reshape how cities manage economic, social, and physical stress and shocks, is a high-profile example of this effort. 100 Resilient Cities provides financial support for participating cities to create a new position, a chief resilience officer (CRO). CROs help coordinate resilience efforts across departments and guide the city through the process of creating a resilience strategy.

In the U.S., 23 cities have been selected for 100 Resilient Cities and 8 have already released their resilience strategies. These strategies vary considerably from other local adaptation plans in the U.S. Preliminary analysis indicate that 100 Resilient Cities strategies have significantly higher coordination across stakeholders, but weaker analysis of climate projections and vulnerability as shown in Figure 2Resilience strategies also include broader policy recommendations. Pittsburgh’s strategy, for example, includes traditional adaptation policies such as using green infrastructure to manage stormwater as well as policies to improve community-police relations and to make public schools hubs for social service provision. The 100 Resilient Cities’ strategies suggest that creating a new governmental position and framing adaptation more broadly can benefit coordination and strategies.

In conclusion, preparing for climate change will require actions across sectors from public health to economic development to public works. And it will require a broad portfolio of strategies that includes actions to reduce exposure to climate change impacts as well as actions that transform the social and political processes that produce vulnerability in the first place. Taskforces and planners may be better equipped to engage multiple sectors and motivate deeper action. Housing climate change adaptation in environmental departments may limit the engagement of other sectors and narrow the type of adaptation strategies considered.