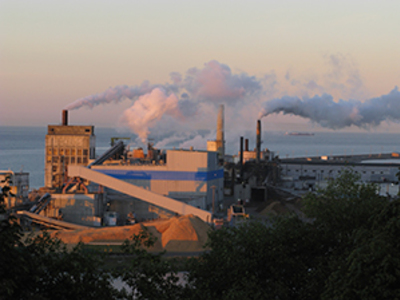 An inaugural survey examining how corporations are addressing the need to adapt their business operations to changing climate conditions reveals that 30 percent already have experienced a material impact to their business operations from climate events. It also found that 30 percent of respondents across a wide range of sectors don’t have a climate adaptation plan or strategies in place.

The University of Notre Dame’s Global Adaptation Index(ND-GAIN) and Four Twenty Seven, a climate risk and adaptation consultancy, with support from Business for Social Responsibility (BSR), launched and published the “2015 Corporate Adaptation Report” to generate insights into whether and how enterprises are preparing for the physical impacts of climate change. The report is expected to further the collective understanding of best practices, barriers and enablers, and strategies to prepare for climate change in the corporate world.

Key findings from 2015 State of Corporate Adaptation Survey include:

“Companies understand that climate change impacts include more extreme weather events, but they have not yet figured out how to address these new complex risks that are outside of their sphere of control,” Emilie Mazzacurati, CEO of Four Twenty Seven, said. “There is a great need for innovation to help corporations think outside of their walls.”

“As leaders prepare for the 21st session of the Conference of the Parties on climate change in December in Paris, the 2015 Corporate Adaptation Report shows climate change is impacting the corporate bottom line, and there is opportunity to increase their preparedness,” ND-GAIN managing director Joyce Coffee said.

Cammie Erickson, manager of partnership development and research at BSR, noted an increased focus on adaptation from many of BSR’s members. “We look forward to continuing to help companies build resilience in their operations and supply chains through our Regional Adaptation Initiative.”

The survey evolved out of a growing understanding that climate risk is a critical issue for corporations. The World Economic Forum’s Global Risk Report ranks failure to adapt to climate change as fifth among 28 risks that could harm countries or industries.

The Notre Dame Global Adaptation Index is a practical solution to the world’s climate problem. It promotes adaptation by identifying the places most vulnerable to extreme weather and changing climate and identifying real-world solutions that can prevent these changes from becoming disasters. Its flagship asset is the free and open-source Country Index, the world’s leading index showing which countries are prepared to handle global changes brought about by overcrowding, resource-constraints and climate disruption.