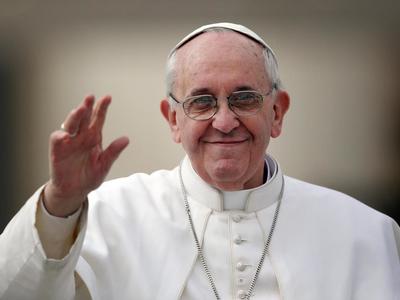 The Papal Encyclical released today focuses on the moral obligation to safeguard the earth and mankind’s common good. In it, Pope Francis defines "the urgent challenge to protect our common home" and reminds us of our shared humanity, our shared risk, and our shared responsibility to save lives and improve livelihoods in the face of climate change.

His opus defines the issue about us as humans and notes that climate change is "one of the principal challenges facing humanity in our day." Although many were expecting an encyclical on the environment, his emphasis on climate change helps us to see that specific issue as a humanitarian crisis, not just an environmental problem.

The biblical proportion of climate change's shocks and stress are causing disproportionate harm to those already suffering from poverty, illness and other inequities.  Increasingly, droughts, food insecurity, superstorms and civil conflicts impact poverty and injustice.   Notre Dame Global Adaptation Index quantifies the  disproportionate risk  the Pope describes when he repeatedly returns to his message about global inequities in a climate changed world. He specifically identifies Africa as continent impacted by climate change, defining a "debt" that exists between the global south and north,

The pope defines climate change as a “complex crisis” and urges an integration of the “ecological approach” and the “social approach.”   He clarifies: “Strategies for a solution demand an integrated approach to combating poverty, restoring dignity to the underprivileged, and at the same time protecting nature.” He notes that "for poor countries, the priorities must be eliminating extreme poverty and promoting the social development of their people.”

He mentions both climate vulnerabilities (specifically water and food insecurity; sanitation and water quality; ecosystem degradation (dependence on natural capital and urban concentrations); and social, economic and governance problems (such as justice, deterioration in social cohesion, corruption, governance, and institutional effectiveness). This helps leaders to bridge from issues that keep them up at night – transparency, rule of law, education and such – to issues of climate change.

Pope Francis notes that “the world's problems cannot be analyzed or explained in isolation." He acknowledges our human ability to transform reality and calls on us to use it with an understanding of the impact on earth and humanity.

While the Pope is critical of corporate motives, he notes that “it is right to rejoice over these advances and to be excited by the immense possibilities which they continue to open up before us, for “science and technology are wonderful products of a God-given human creativity.” He adds that “technology has remedied countless evils which used to harm and limit human beings, explaining:

“Technoscience, when well directed, can produce important means of improving the quality of human life”

For ND-GAIN, the encyclical shines a holy light on both injustices and the need to combine the “elimination of extreme poverty” with climate adaptation. It motivates us to help the world's poor and disenfranchised to adapt to the unprecedented and overwhelming impacts of climate change. We must do so in service to justice for human solidarity and concern for the common good. 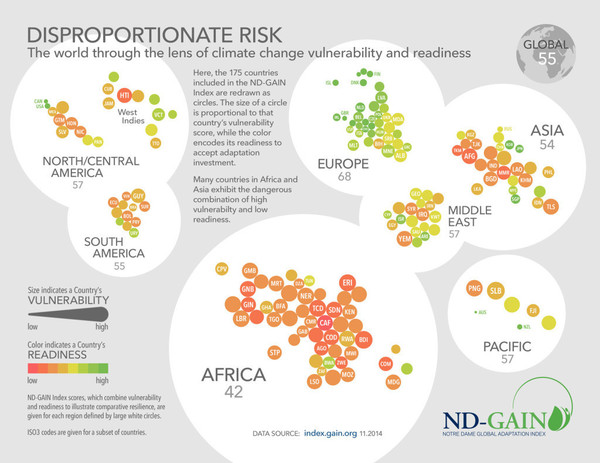