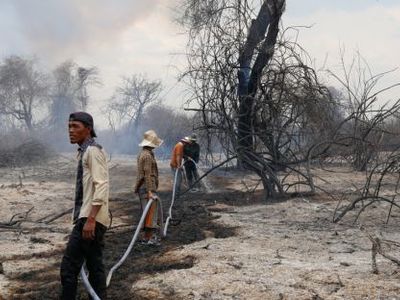 For Cambodia, the El Niño that began in 2015 hit hard, causing a two-year drought that jeopardised the health, food security and finances of millions of people.

According to the National Committee for Disaster Management (NCDM), some 2.5 million people across 18 provinces were severely impacted by May of last year, and the province among the hardest hit was Banteay Meanchey, in the northwest of the country.

But while a wet rainy season that arrived in June alleviated the situation nationally, conditions in parts of the province suggest that this year’s rainy season may not have been enough to get them through the year. Already, in O’Chhrou district’s O’Beichoan commune, six villages have experienced water shortages, beginning last week.