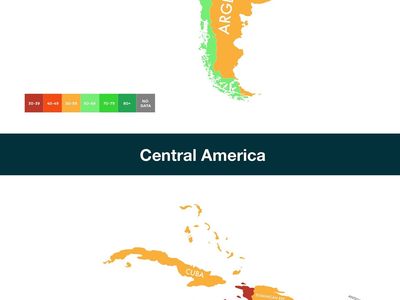 Climate change is real, and it's coming.

The leaders of 150 nations, along with thousands of representatives of nearly 200 countries, meet today in Paris for the 20th time to try and come up with a master plan to stave off the global catastrophe ahead.

Scientists have known for decades that the problem on our generation's hands is serious, but recent reports find that even those dire warnings likely underestimated the scope of the issue.

Of course, all of us will be affected in different ways. How will your country fare?

The folks at Eco Experts put together a great infographic in June based on data from the Notre Dame Global Adaptation (ND-Gain) Index, an annual ranking of which countries are best poised to adapt to a warming world.

While the maps provide a great zoomed-out perspective of what will happen globally as the earth warms, there are a few caveats to keep in mind when checking it out: