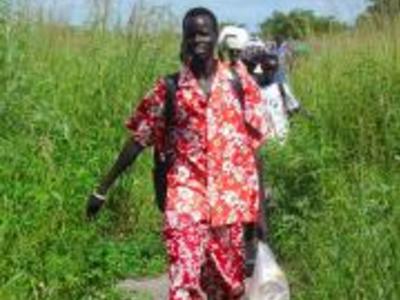 Despite the withdrawal of the United States from the Paris Climate Accord, climate change is still one of the greatest challenges we face around the world.

Therefore, it’s important we don’t overlook both the environmental and social consequences associated with our changing climate. In addition to reducing greenhouse gas emissions and carbon footprints by means of improved efficiency in the energy, transportation and agriculture industries, adapting to current climate stresses is of equal importance.

Migration is one climate adaptation strategy that seeks to improve the lives of those affected by extreme droughts, heat, wildfires, hurricanes and floods; however, it’s often not available to everyone and for many it serves as a last resort. Several international frameworks, including the United Nations Framework Convention on Climate Change, Sustainable Development Goals, and the Sendai Framework for Disaster Risk Reduction, consider the link between climate change and migration as a key policy issue.

In addition, the relationship between climate and migration varies across countries and populations, depending on their differential vulnerability to climate impacts. In a recent study published in the Journal of Sustainability, we’ve combined data on international migration flowwith the climate vulnerability indices of the well-established Country Index from the Notre Dame Global Adaptation Initiative (ND-GAIN) to explore global and country-level patterns of the climate-migration relationship over the past twenty years.

In the study, we found that people tend to migrate from more to less vulnerable countries, reducing the global risk by 15 percent. While this is a good outcome for many regions from an adaptation perspective, it is rather maladaptive for others. In many countries within Sub-Saharan Africa that have a high climate vulnerability score, international migration is not as significant. Those who migrate from this area tend to move to countries with greater or similar climate risks, which also lack a sufficient capacity to deal with them. The Central African Republic and Chad, for example, are two countries whose populations are increasing due to such migration.

From both a national and international policy view, knowledge of the links between climate vulnerability and human migration is critical to planning for future impacts of climate change on human migration patterns. Although the U.S. is one the least vulnerable countries in the world and serves as a popular destination for many migrants, restricting borders is not an adequate solution from a national security perspective, or from a climate change perspective. Given the variation of climate vulnerability and migration, properly channeled and coordinated migration within and between countries is needed to reduce persistent social and economic inequalities.