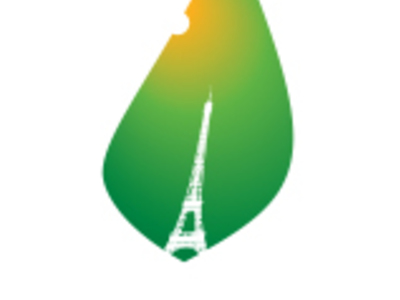 I wouldn’t miss the United Nations conference on climate change that begins Monday in Paris, even though it’s the event’s 21st birthday and there’s little to toast from past events.

Why is COP21 a must-attend confab for me? This is the first time that climate adaptation will be on the table for discussion. That’s a big deal. Adapting to climate vagaries – think of ocean ports raising sea barriers and drought-tolerant crops being planted in the world’s expanding arid regions – is more important than ever. Adaptation must rise to the top of the climate agenda, ignited by the 6.5 million people displaced in Syria’s drought-driven civil conflict and the 7,000 who died in the superstorm Typhoon Yolanda that hit the Philippines.

The Grave Omission of COPs

So we’re in solidarity with those who will be in Paris to work to decrease global climate emissions. And we are focusing our resources on preventing the avoidable and preparing for the unpreventable in the face of climate change. What’s been the grave omission in the COPs of the past decade are agreements on adaptation commitments. Meanwhile, insurers such as Swiss Re report how weather-related catastrophes are mounting and every year we don’t adapt, more lives are lost.

I’m also going to Paris to gauge the potency of Pope Francis’ recent strong encyclical outlining the moral dimensions of climate change. I want to find out to what extent the political elite are embracing the Pope’s assertion that climate change is a principal challenge facing humanity.

I want to meet and hear the new voices emerging in the battle against climate change. Not the familiar voices of the big pollution emitters – China, Europe and the U.S. – but those from the small island nations and poorer countries who are raising persistent and impassioned concerns about how their populations are being harmed. Places such as Tuvalu, Kiribati, the Maldives, the Marshall Islands, Sudan, Rwanda, Bangladesh and Angola.

I’ve spent half of my career focused on adaptation, beginning in Chicago where I worked for City government on a climate-mitigation strategy at the City that, frankly, hasn’t made much of a dent in curbing energy demand. Why? Because that demand continues to grow along with welcome economic progress. In Paris, I want to see if there’s any city whose economy is prospering that’s experiencing a drop in energy use. And, if one or more exist, I want to know what they’ve done to curb customary energy demand.

There’s another reason why I’m going. Because I’m a mother. Of an inquisitive grade-schooler fascinated by time machines and is animated by the contrast between my Jurassic-era past and his unexplored future filled with technology and innovation.

He gets somber during our annual pilgrimage to my hometown of Boulder, Colo., when he sees the devastating aftermath of forest fires there and the wreckage from the “once-in-100-years” flood in the canyon near our favorite hikes. He wonders if there’s going to be enough tech in the world to get by.

I want to find out what hope we have for his uncertain future, especially as a major World Bank and International Finance Corporation study recently estimated the economic costs of climate change to our physical environment, health and food security at $70-180 billion annually to 2030 – and rising to $900 billion a year in 2050.

And I go there as a devastating drought bites further across California, causing over $2.2 billion in damage, and as an area equivalent to a quarter of New York State deals with the aftermath of drought-induced fires in the Northwest.

For the sake of people everywhere, Adaptation to save lives and improve livelihoods must be at the forefront of climate action next week and forever.