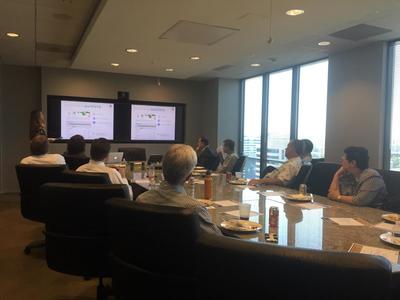 “But how can you be sure that climate change is caused by humans?”

I stared at my dad– the smartest man I knew, my rock, and my role model– in disbelief. He was testing me, I thought. He wanted to see just how much I knew about the topic. He wanted to be sure that I could defend my convictions. As I sifted through everything I knew about climate change looking for the best place to begin, my dad started again.

“Show me the facts. Show me the data, the evidence. I haven’t seen any.”

A burst of frustration and confusion shot through me; was he serious? He was. I realized then that anthropogenic (human-caused) climate change, something I began studying as early as high school, something I believe to be true and grounded in irrefutable scientific evidence, and something I think of as universally understood and accepted, is widely contested.

I also realized that the disparity between my dad’s beliefs and my own potentially stemmed from a greater disparity: a generational one. While my dad never learned about climate change in high school nor in college, anthropogenic climate change is a notion buzzing across high school and college campuses around the world. Modern students across the globe analyze the correlations between human activity and a changing climate, while my dad and many others remain uninformed and, therefore, unconvinced.

This summer I worked as an Urban Ambassador for ND-GAIN’s Urban Adaptation Assessment (UAA). As an ambassador, I researched local climate change adaptation in Irvine and compiled a case study to help inform the ND-GAIN team on Irvine’s adaptation needs. Synthesizing my research with ND-GAIN’s, I delivered a presentation to a group of Notre Dame Club of Orange County professionals to share the team’s research with Notre Dame alumni and receive feedback on the UAA.

Additionally, audience members asked questions about climate change in Irvine and its subsequent impacts, inquired about the meaning of equitable adaptation, a focal point of the UAA,  and discussed the impact of their actions on the next generation. One audience member even defended the legitimacy of anthropogenic climate change, posing tough questions to his peers about sustainability, electric cars, and energy resources. Many of the alumni seemed especially impressed by the University of Notre Dame’s involvement in climate change research.

Similar to my dad, the alumni posed questions that catalyzed a discussion: a discussion with potential to drive further discussions within their professional and private circles about climate change and the importance of adaptation.

Author: Gracie Georgi is a junior inspired to study political science, German and energy by her passion for the environment, international relations, US foreign policy, German history and prompting positive action.

As an ambassador, Gracie examined adaptation planning in Irvine, CA. Then she asked: how does a local Notre Dame alumni club view climate change and the UAA tool? Learn more about her research.