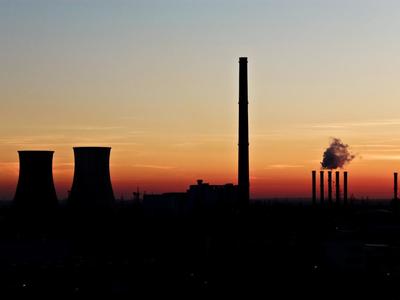 A ton of carbon emitted in California, has the same affect on climate as a ton emitted in West Virginia or China. Emissions from all sources and all countries determine concentrations of green house gases in the atmosphere and subsequent climate change. Mitigation efforts to curb green house gas emissions likewise benefit everyone. Consequently, climate mitigation is inherently a public goods problem.

Countries and individuals have little incentive to reduce emissions since they alone will bare the cost but everyone will benefit. International agreements and collective action are intended to distribute costs, discourage free riding and, in doing so, secure greater benefits. As such collective action is critical for climate mitigation.

Climate change adaptation is inherently different since individuals accrue benefits from their actions. If a homeowner living on the coast decides to elevate their home, they will benefit. Consequently, much of adaptation will be very local and taken by private parties.

Not all cases of adaptation, however, are so simple. If the same homeowner chose to construct a seawall rather than elevate their home, for example, there may be spillover effects where their neighbors also benefit from that flood protection. Or their neighbors may suffer negative spillover effects where they experience increased flooding. It may also be far more efficient if the homeowner collaborated with their neighbors. If they all chose to invest in a sea wall they could share cost and increase the benefit. For these reasons, collective action and governance is needed.

Examining who bares costs and accrues benefits can help determine who is responsible for adaptation. In most cases, adaptation will be a shared responsibility between the private and public sector. In the U.S., national flood insurance and federal disaster aid means that all taxpayers have a stake in adaptation.  Following Hurricane Sandy, congress allocated $60 billion to disaster relief. Adaptation efforts to reduce disaster damages can reduce these federal expenditures; consequently, adaptation has both local and broad public benefits.

The challenge for adaptation is to align costs and benefits to motivate action. After Hurricane Sandy, the state of New Jersey received $300 million from the federal government to buy homes that are vulnerable to storms, demolish them, and leave the land undeveloped. For homeowners to participate, however, their local government needs to agree to take part. The program would benefit participating homeowners by purchasing the home at pre-Sandy value, which may not be maintained overtime as flooding becomes a larger concern and flood premiums rise. The program also provides benefit to taxpayers by reducing the potential for future losses and the cost of reconstruction. Local governments, however, would not benefit. In fact, they stood to lose property tax revenue and so few local governments have chosen to participate in the program. Four years after the program was initiated, just half of the money available has been spent.