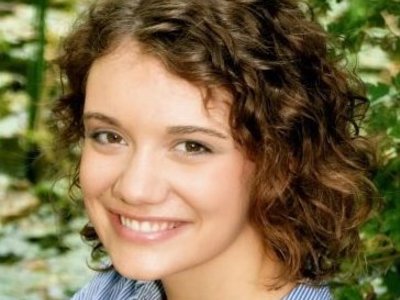 In the Spring of 2015, the University of Notre Dame Global Adaptation Index, in cooperation with the Center for Undergraduate Scholarly Engagement (CUSE), hosted a cross-disciplinary ideas competition to gather the best thinking from Notre Dame students on the humanitarian challenge of our time: climate change.

The University of Notre Dame Global Adaptation Index invited students to submit innovative and sustainable ideas to address this issue for the 2015 Adaptation Ideas Prize. Among those to submit was Alicia Czarnecki, an Environmental Engineering Major with a minor in International Development Studies. Alicia's idea invovles the development of a two-way Hazard reporting system to distribute information of climate change events. For her idea, she has won ND-GAIN's 2015 Adapatation Ideas Prize. Her entire proposal delving deeper into the issues at hand and her proposed solutions can be read in full below:

In 2014, the UN reported that 54% of world population lives in urban areas and projects more rapid trends towards future urbanization with growth from 30% in 1950 to 66% by 2050. Almost 60% of urban areas are exposed to risk of natural disasters in 2011, and numbers are rising with growing population and pressures from climate change. Preparedness for climate-related disasters and adaptation to projected sea level rise is critical for protection of infrastructure and human lives, especially in low-income and developing countries. In other areas, people must prepare for disasters such as droughts, floods and altered seasonal cycles. In countries with high exposure to significant climate change, it is important to study how information concerning these natural hazards is identified and distributed throughout the population.

The development of a two-way hazard reporting system that capitalizes on use of cellular phones, a technology that has already taken hold in many countries including low-income countries, would not only save lives but help people in these areas to adapt homes, businesses, and agricultural practices to changes in the local climate system. Through linking historical climate data, geographic hazard maps, and weather radar information, a standardized all-hazard technical warning system can generate and distribute critical information via SMS or application notification. The system can distribute both early warnings about upcoming disasters and forecasts to help project things such as agricultural activities when there will be shifts due to intensified temperatures. To make the system a two-way reporting system, users will also be able to submit local disaster or weather information, much like traffic-reporting systems utilizing Google Maps in the United States.

which was also ranked number one for extreme risk on the Maplecroft Natural Hazards Risk Atlas. The research and development of this system must include not only assessing the hazards and vulnerability of specific regions and communities to natural disasters, but also the integration of historical and indigenous knowledge in reporting and uptake for consumer usability. There is a great possibility to collaborate this work with ND-GAIN as the program actively looks for partnerships and makes their data available for applications.

The idea of connecting weather data to cellular devices and sending weather alerts through SMS or application notification is something that many groups are developing. Here in the United States, I get text messages from the National Weather service when my area is under a tornado warning. Facebook recently used its location tracking to report who was and was not safe after the earthquake in Nepal. There have been many applications of similar technology, and my idea is to build off of an existing infrastructure and research. I think that this technology has even further potential as an application for a two-way mobile hazard reporting system that helps people, especially in overpopulated and underdeveloped areas, to better prepare for climate-related disasters and changes.

The idea that I am looking at is two-fold in its development, both on the technology side and on the human/consumer side. On the technology side, it has the capacity to not only report data from weather radar that are now becoming more accurate and accessible, but also link reports with existing models and historical climate data. This would allow the system to report not only potential hazards but also forecasts of altered seasonal cycles to help optimize agricultural activities such as when and what crops to plant in a specific year due to projected temperature and rainfall. Having a two-way system will allow users to upload any local disaster and weather information to make the system even more accurate. On the human/consumer side, this system can utilize the work and data from ND-GAIN to assess the hazards and vulnerability of specific areas, and identifying nations with high exposure to climate change and ICT infrastructure where this technology is most needed. From there, it is important to research the existing warning systems and the perception and background of the indigenous people in order to ensure uptake of the system and effectiveness of warnings. It is critical that people are given the proper amount of information and directions with how to best prepare for the disaster or change in climate patterns. This goes hand in hand with the accuracy aspect of the technology, as many people will tend to ignore a warning if they do not feel an immediate sense of danger. The idea is not to create something from scratch, but rather a new application for existing infrastructure that incorporates more data and regional context.