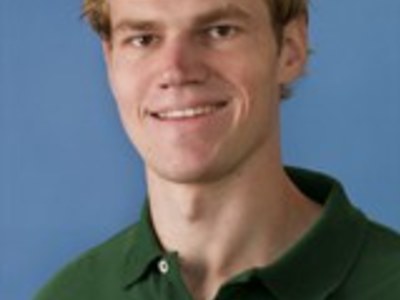 In the Spring of 2015, the University of Notre Dame Global Adaptation Index, in cooperation with the Center for Undergraduate Scholarly Engagement (CUSE), hosted a cross-disciplinary ideas competition to gather the best thinking from Notre Dame students on the humanitarian challenge of our time: climate change.

The University of Notre Dame Global Adaptation Index invited students to submit innovative and sustainable ideas to address this issue for the 2015 Adaptation Ideas Prize. Among those to submit was Patrick Conry, a Graduate Student in the College of Engineering. Patrick's idea involves the use of sustainable green roof features to combat the existing heat islands that are created within cities. For his idea, he earns an Honorable Mention from ND-GAIN. His entire proposal delving deeper into the issues at hand and his proposed solutions can be read in full below:

One growing urban sustainability practice in response to climate change has been the creation of green roofs which reduce solar radiative forcing and provide green-space in sparsely vegetated urban environments. These roof gardens have a potential range of benefits, which include reduced urban heat island (UHI) and building energy loading as well as improved air quality and potential agricultural productivity. However, recent in-situ measurements have demonstrated that, without infrastructure to properly maintain green roofs via irrigation and seeding, cooling benefits can be offset, and high-albedo (white) reflective rooftops become a more attractive solution for UHI and building energy reduction as compared to parched, weedy soil. As such, roof gardens must be designed in sustainable ways so their irrigation does not further drain aquifers already or predicted-to-be stressed by changing climate. The best practice would be to irrigate green roofs using efficient rain collection systems, which can only work in climates with sufficient predicted rainfall. Such sustainable green roofs can provide added benefit of reducing rainfall runoff which leads to combined sewage overflows and urban flooding during extreme events.

Our idea is to develop public framework for investigating whether sustainable green roofs are feasible solution in various locations. This can be aided by high-resolution predicted rainfall data for upper Midwest from Weather Research and Forecasting (WRF) model run by a Notre Dame scientist as well as publicly available databases, such as United States Geological Survey. Using the data, simple water budget calculations could reveal the practicability of implementing sustainable green roofs in different areas. These methods could be improved as practitioners investigate and implement their own green or reflective white roof strategies. A test-case roof garden could even be constructed at Notre Dame if interested researchers, space, and funding come forward in future to help further refine methodology and technology. A forum to exchange better hydrological, botanical, and climate data among scientists and practitioners could continue to improve our understanding of this particular adaptation strategy of green roofs and how to responsibly implement it on a more global scale where feasible.

The creation of this forum will aid the scholarly community by sharing researchers’ findings on green roofs within a global context. Currently green roofs are often cited a “Band-Aid” solution for urban heat island and are frequently implemented on public buildings to showcase adaptation efforts. The science of green roofs has been investigated by several research teams, but the information has not been consolidated so green roofs can be implemented on larger scale in sustainable way. For instance, Germany is a well-developed country with widespread green roof implementation; its fresh water withdrawal rate, according to ND Global Adaptation Index, is decreasing so clearly green roof usage is not a significant strain on national water resources. On the other hand, Egypt is a developing country with a different traditional green roof technology, which is popularly used as food resource. However, fresh water withdrawal rates are dangerously high and increasing, and a simple calculation would likely reveal its climate is not conductive to sustainable green roofs. Overall, this idea could be important way to better understand green roofs’ impact on relevant ND-GAIN sectors, which include Food, Water, and Human Habitat.